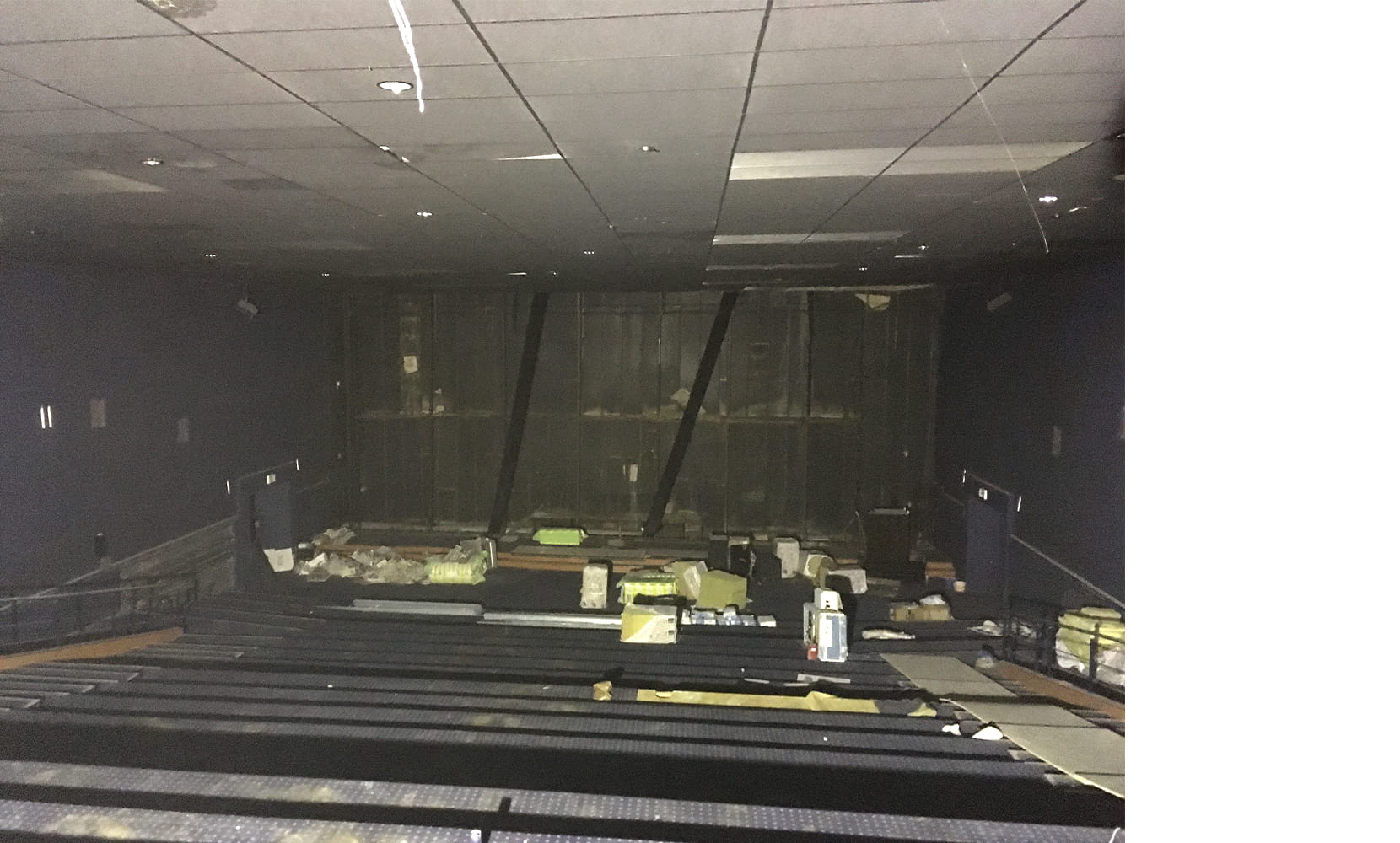 The former "RELAX" Cinema and now the "RELAX" Stage are located at 8 Złota Street, next to the "Wiecha" Passage in Warsaw.

Construction of the cinema began in 1965, designed by arch. Zbigniew Wacławek. It opened in 1970 with a screening of the Soviet film Wyzwolenie (1967-1971). The cinema had 650 seats and an amphitheatre auditorium with a 19-metre screen. It was the first cinema in Warsaw adapted to the projection of films recorded on 70 mm film tape.

For many years, the Relax cinema hosted the Warsaw International Film Festival.

In 1998, the cinema was modernised and after the modernisation the auditorium seated 600 people, and became one of the most modern in Poland. However, the cinema did not withstand competition from multiplexes and ceased operations in October 2006. There were various ideas as to the fate of the cinema, including demolition and the erection of a 185-metre high skyscraper in its place. The planned projects were not realised.

On 22 May 2019, the building was entered in the register of historical monuments due to its preserved historical and scientific and artistic values.

In 2019 we carried out an interior design project and a theatre technology project, which was completed in 2020.

The hall has been adapted to current regulations and has a capacity of 550 spectators and is multi-purpose.

The finish of the walls, ceiling and floor remained unchanged, they were renovated and the seats were replaced.

In the first row, provision has been made to remove two seats on each side to allow two wheelchairs with disabled people to enter.

The evacuation directions in the auditorium shall not be changed.

The former projection booth was converted into an open booth for the sound and light director. The cabin is separated by fire from the communication behind the auditorium.

A mobile stage is envisaged, made of theatrical platforms and a dismantling structure from the Qadro - system.

It is now home to the "Relax" Stage.

This website uses cookies to improve your experience while you navigate through the website. Out of these, the cookies that are categorized as necessary are stored on your browser as they are essential for the working of basic functionalities of the website. We also use third-party cookies that help us analyze and understand how you use this website. These cookies will be stored in your browser only with your consent. You also have the option to opt-out of these cookies. But opting out of some of these cookies may affect your browsing experience.
Necessary Always Enabled
Necessary cookies are absolutely essential for the website to function properly. These cookies ensure basic functionalities and security features of the website, anonymously.
Functional
Functional cookies help to perform certain functionalities like sharing the content of the website on social media platforms, collect feedbacks, and other third-party features.
Performance
Performance cookies are used to understand and analyze the key performance indexes of the website which helps in delivering a better user experience for the visitors.
Analytics
Analytical cookies are used to understand how visitors interact with the website. These cookies help provide information on metrics the number of visitors, bounce rate, traffic source, etc.
Advertisement
Advertisement cookies are used to provide visitors with relevant ads and marketing campaigns. These cookies track visitors across websites and collect information to provide customized ads.
Others
Other uncategorized cookies are those that are being analyzed and have not been classified into a category as yet.
SAVE & ACCEPT